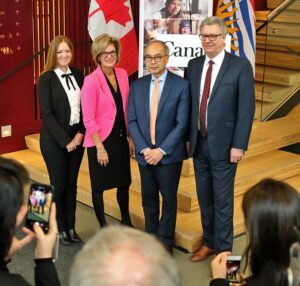 A Foreign Trade Zone (FTZ) is an officially designated location that is eligible for tariff and tax exemptions on raw materials, components, or finished goods imports.

Prince George is ideally situated in the centre of the province to be able to take advantage of import and export business. As such, City staff saw an opportunity to set Prince George apart from the rest of the province by applying for FTZ designation under the federal program administered by Western Economic Diversification Canada. At the time, no other city in BC had received official FTZ designation.